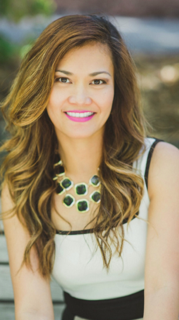 Ava De Guzman founded Bridge of Hope-World in 2015 with a vision to bring hope to the helpless women and children in the poorest communities worldwide. She is the Founder and International Coordinator of WINGS-Philippines and WINGS-California. WINGS (Women's International Network Giving Support) is a program of Bridge of Hope-World in an effort to help carry out the mission of Bridge of Hope-World with the help of driven, thriving and successful business women and aspiring female leaders of WINGS groups and to give back to the communities they serve. Ava De Guzman co-founded a start-up technology company in 2016- Philus Technology in hopes to help create more jobs in the Philippines while delivering cutting edge technology from the Silicon Valley. Prior to Bridge of Hope-World, WINGS, and Philus, Ava De Guzman founded two leading home care agencies in Northern California serving the aging population community for the past two decades. For several years, she served as President for a variety of Professional Women Business Associations in her own hometown, and is actively involved in numerous Business Organizations. Ava De Guzman has served in her home Church since she accepted Jesus as her life's Savior in 2009. She served in a single mothers ministry and bible study for three years. She later became a Stephen Minister caring for the needy. During her cancer scare and healing in 2016, she became a published author of an inspirational book called "100 Voices of Inspiration, Awakening and Empowerment" that instantly became "#1 International Best-Selling". Her greatest achievement comes from being a single mother for almost two decades raising two wonderful daughters. She prays that one day her own daughters will respond to God's calling, touch many lives, and serve the Lord all the days of their lives. "I view faith and God's call as an integral part of my own life's long and difficult journey as a survivor of abuse and neglect as a teen, a homeless single mother turned business woman, a motivational coach, speaker and author, a Church volunteer, and an advocate for the impoverished women and underprivileged children worldwide." ~Ava De Guzman